SIRT Gets Real with Innovative Animation

As SIRT continues on its mission to support industry innovation, we're often faced with technical challenges in different areas like animation or VR/AR. A question we often ask ourselves is "How can we do things more efficiently?", especially when we see an opening to re-evaluate traditional processes using new technology. Thanks to funding from the OCE and NSERC, we had the opportunity to work with an industry partner to explore new methods for rapidly creating characters and making animations. The aim was to lay the groundwork for an innovative and efficient process which would overcome obstacles like a smaller team, low budget, short timeframe or lack of software. The results of the investigation were breakthroughs in the creation of content and improved performance that would save time and money while generating future employment.

The Partyboat Team from Kitchener, Ontario based software studio Industry Corporation was facing these issues when they approached SIRT. They saw an opportunity to create an animated series based on their successful video game franchise, Partyboat. But after writing episodes and story ideas for four more seasons it became apparent that no animation current process could support such a large world and cast of characters. The Partyboat team wanted to challenge limitations like budget and time constraints by creating an efficient workflow. It would innovate the process by developing new animations techniques and researching the newest innovation in software required to create 3D content rapidly.

After doing some preliminary research, they decided to collaborate with SIRT on account of our technological prowess, team of experts as well as our designation as a Technology Access Centre. Together we made applications for government funding through the Ontario Centres of Excellence and the National Sciences and Engineering Research Council of Canada. We were generously awarded the Voucher for Innovation and Productivity - 1 grant and the Engage grant respectively. We were then able to plan out an integrated workflow for a Rapid Digital Character Asset Library (RaDiCAL) to create a two and a half minute pilot for Partyboat. In other words, this is an efficient process for creating a collection of digital characters and content. It ensures an industry standard quality in an economically and technically sustainable way.

This is an example of expressions captured using photogrammetry with blend shapes. The expressions made by the actor in real life are transferred to the animated character, making them extremely accurate and life-like:

Through the processes that were researched, SIRT discovered an opportunity that is emerging within the film, television, and gaming sectors. There is a potential for technological mediums and workflows to meld together, combining streams of production such as animation, VFX, gaming, film and virtual production. Combining these solutions can significantly increase efficiency and quality. One example that came out of this project was developing background animation to reflect a game engine workflow.  SIRT created an automated environment where physical properties like time of day for lighting, wind, wave dynamics and object reactions could be simulated in effortlessly.

The Partyboat team greatly benefited from the technical advances and know-how that have resulted from the project. In particular, they allow the show to enjoy wider creative options, faster production and post-production schedules. They will be able to pursue the production of a full Partyboat series for network or on-demand distribution. Furthermore, they could develop a high volume and range of characters for the show in a fraction of the time that it would normally take.  We're also excited about the potential opportunities created from our research for the advancement of the entertainment industry as a whole. The team's research into existing animated shows versus Partyboat’s season 1 budget suggests applicable savings of upwards of 750%. When picked up, a full season 1 order could create approximately 50-100 extra production jobs in Ontario.

We'd like to share our gratitude to the OCE and NSERC for their support in funding projects like these that support innovation in Ontario. Click the logos below to learn more about their funding programs like the VIP and Engage grants.  If you have a technical challenge to overcome, reach out to us. We work with small to medium-sized enterprises to help them get access to government funding, technology and expert advice in a variety of disciplines. In the meantime, enjoy a clip of the finished product. 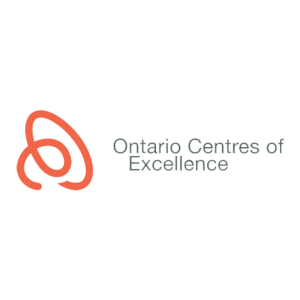 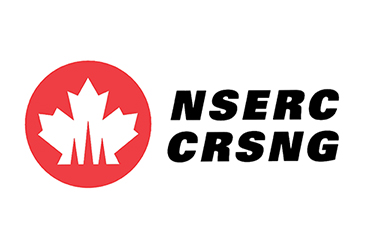