SirtNet, a four-year applied research project led by Sheridan, was initiated in 2013 in response to an identified industry cluster opportunity that would create a global competitive advantage for Ontario's media and entertainment sector.

SirtNet has recently been commercialized by a consortium of companies, allowing for scaling throughout the GTA and ultimately connections to leading production and postproduction centres throughout the world.

Join us as we celebrate the commercialization of SirtNet.

To RSVP for this event please send an email to david.dexter@sheridancollege.ca. 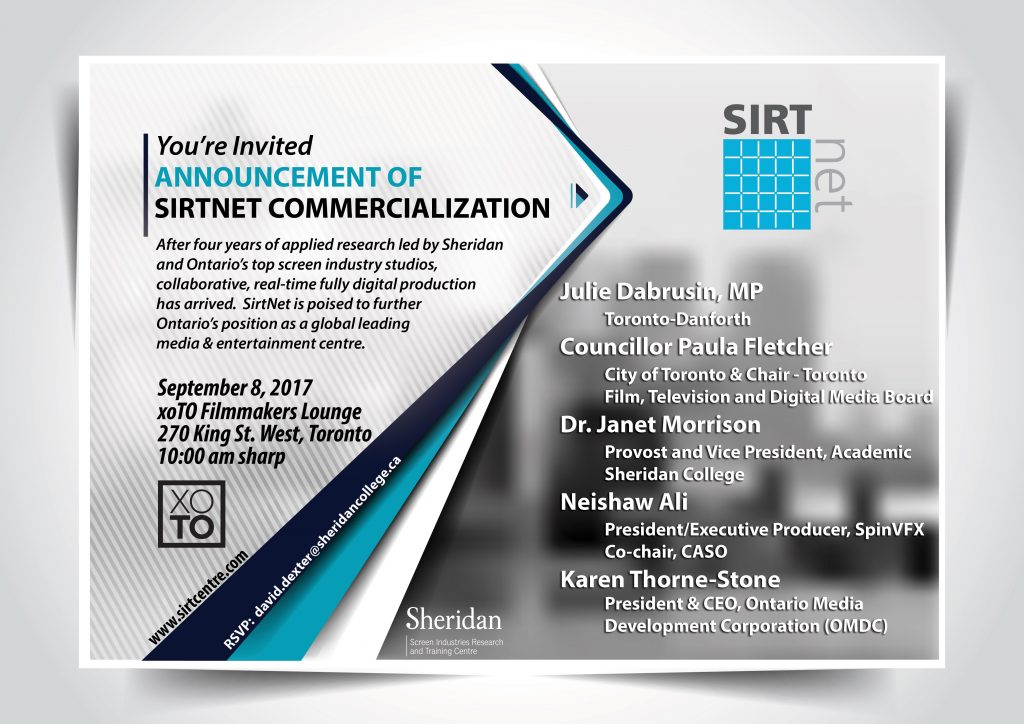