With hundreds of active video game studios in Canada and countless more abroad it can be hard to stand out. Creators need to push the limit in their visuals, story-telling and gameplay to have a chance of competing, especially when going toe-to-toe with AAA studios with extensive resources. For games in virtual reality, one aspect that can make or break the experience is immersion, the feeling that you are fully present in the virtual world around you. Getting it right means that the player can have the chance to escape reality as they would with a regular video game, but in a much richer way that shrinks the gap between the experience and the real world. It's not easy and the slightest glitch, bump or interruption can break the spell. We were able to help an independent developer create a high-end VR game by applying various resources like motion capture technology, virtual production techniques and talent from Sheridan College.

For Future Immersive, a big part of the immersion challenge was making the world of Furious Seas smooth and interactive. It's a pirate-themed VR game that has players taking the helm of a ship, facing off against enemies in naval warfare and seafaring on the water. How could they make sure that characters' reactions wouldn't look robotic when performing various actions on the ship like loading and firing cannons or reacting to the constant waves? Ensuring that the characters accompanying the player were lifelike would add to a greater production value and user experience. To help in addressing these challenges, Future Immersive came to SIRT because of our broad collection of technology, especially our motion capture stage and cinematography equipment. Furthermore, we offered experience with a number projects under our belt in virtual production and virtual reality.

We started our collaboration by applying for the Industrial Research Assistance Program (IRAP) through the National Research Council of Canada and won a Contribution To Organization (CTO) grant. We were then able to hash out a plan to turn custom-made props and live actors into 3D animated counterparts. These assets were then brought into the Unity VR game engine so they could be translated into antique parts of a ship and a rugged crew of expressive sailors. To bolster our team of research leads, we brought on a professional actor and stage crew member from Sheridan's renowned Theatre and Drama Studies program. They were able to support the live action and stage setup. Here's a breakdown of the technical workflow and technology that was involved in the project: 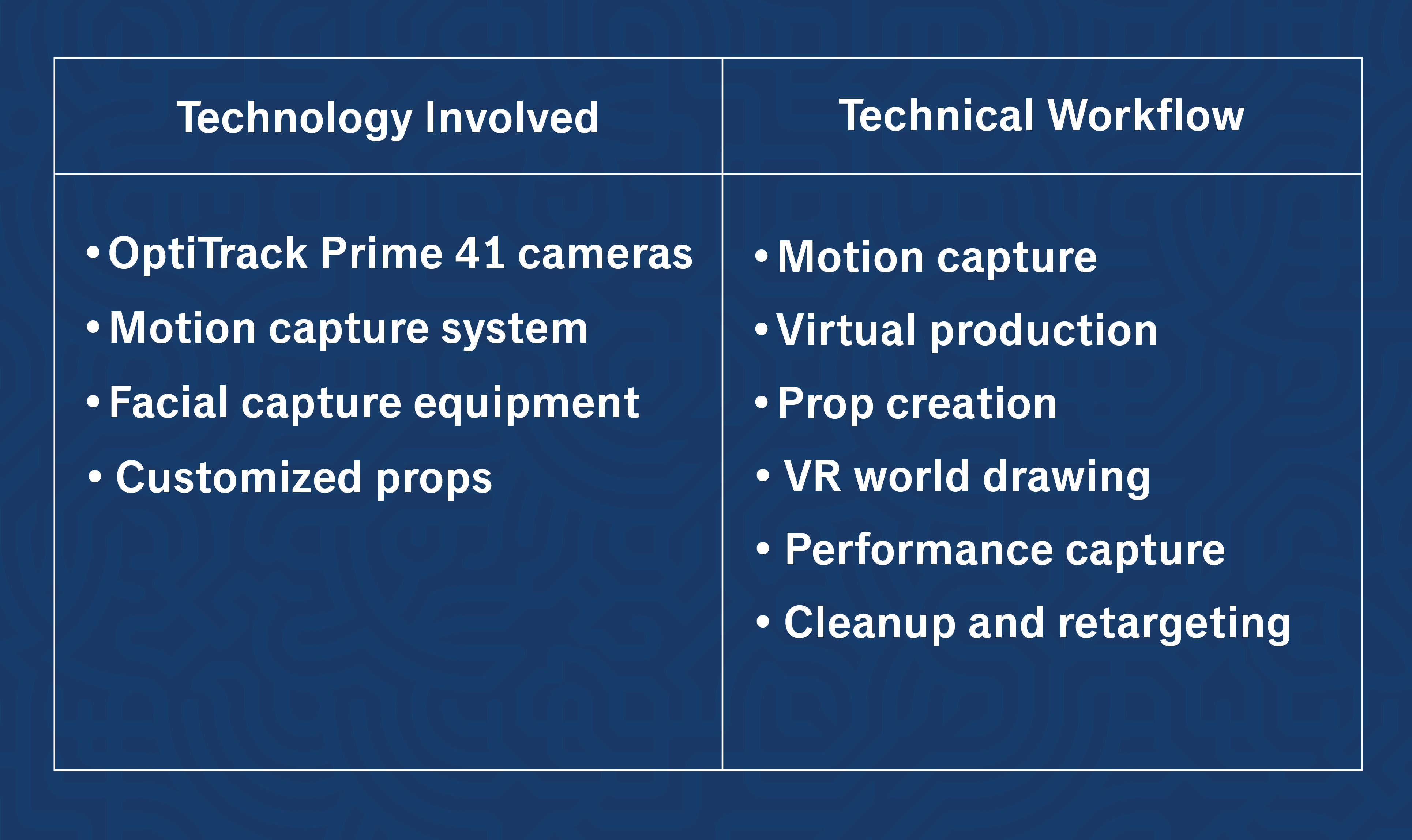 One of the most exciting breakthroughs during this project was the development of  Real World VR Drawing. We needed to create a prop for the ship's wheel so that the actors could interact with it during their performance. In order to be as precise as possible, we wanted to use an exact replica. Using our Optitrack motion capture system, we devised a way to bring virtual props into the real world with virtual reality which is essentially the reverse of Tilt Brush! If you find this blending between the real and virtual is confusing, our Virtual Production Lead Spencer will walk you through the process in the video below. Nicely done Spencer!

The results of this project? "When it comes to virtual reality, the time, expertise, and budget required to make an experience truly engaging and immersive is out of reach for most independent developers," says David Yang, Producer for Future Immersive. "Programs like IRAP and centres like SIRT even the playing field for Canadian companies aiming for global success." We feel that Future Immersive created a fun and beautifully designed game with an exciting pirate theme that many will enjoy.  We are proud to have been able to support them in structuring the game so that it can offer a high level of immersion necessary for a quality VR game. In fact, Furious Seas pushes the industry standard which was proven by winning the Best in Play award this year at the Game Developers Conference. The game was released on early access on July 16 which means you might have a chance to try Furious Seas out for yourself!

We'd like to thank the National Research Council of Canada for their generous support in applied research projects like this one. Click the icon below to find out more about the Industrial Research Assistance Program and how you can get funding to accelerate the growth of your business. With our deep pool of resources, we support industry innovation for businesses in Ontario. If you'd like to leverage our team of experts, technology and an extensive network of partners and funders, reach out to us and start a conversation or stayed tuned to our social media for news upcoming events.